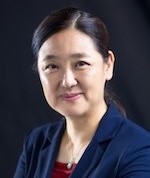 Talk Title: Change and Response---Case Study of Sediment Transport in the Yangtze Estuary

Brief Introduction: Qing He, professor of East China Normal University, director of State Key Laboratory of Estuarine and Coastal Research. She was the Principal Investigator of multiple national and international projects, and largely contributed to the developed a high-resolution fluid-sediment observation system in the bottom boundary layer, and identified the transformation of sediment sources and sinks and the associated controlling mechanism in the Deep-Water Navigation Channel Projects of the Yangtze Estuary. Her research achievements also consist of revealing the mechanism of physical-biological process interaction of fine sediment flocculation, and discovering the delayed response of morphological evolution to the reduction of sediments in the watershed. She published more than 150 research papers and was awarded with the silver prize of Shanghai Science and Technology Award, and the first prize of Science and Technology Award of China Water Transportation Construction Association, Shanghai Shuguang Scholar, Shanghai Yucai Award. She is also member of INTERCOH Steering Committee, and deputy president of the estuary committee of the Chinese Water Resources Society.